One thing is certain … we got a lot of work done!

I’m just getting back into life in Massachusetts after returning from Costa Rica last week.  I’m particularly happy with the way that the reforestation work ended.   We managed to visit nearly 2000 trees that have been planted over the past ten years.  We measured and permanently marked each one so that each trees can be revisited in the future to follow its fate.  Now that we’re done (or at least we’re “done enough”) we’re going to start looking at all the data that we compiled … which will take a while.

This reforestation project has been coordinated by the Costa Rican Conservation Foundation under the tireless work of Debra Hamilton.  She and I worked together over the past six weeks to make sure that the project is well established for the many years that it will take to understand how reforestation in this region of the world can be successful.  We also worked closely in the field with Katy, Jess, and Aida.  Together we made incredible progress. 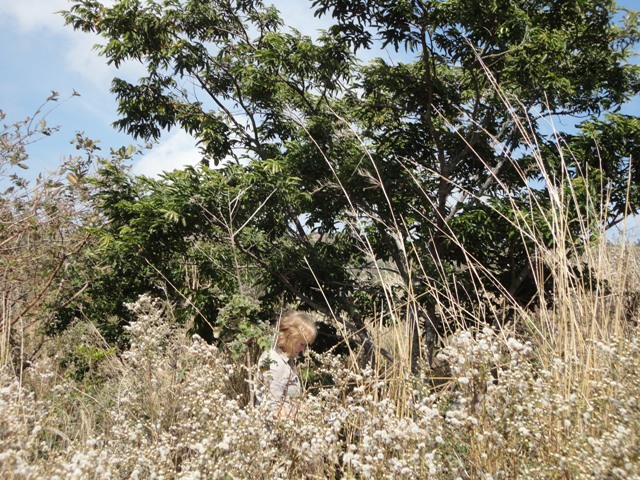 Although it will take some time to work through the data and determine where the project should go in the future, there are a few things that we can say already.  For instance, many of the tree seedlings that were planted just one year ago are struggling to make it through the dry season, which will last about a month longer.  This is expected since the seedling stage is often the most sensitive of a tree’s life stages.  Their root systems aren’t fully developed, relationships with beneficial fungi are just getting started, and the leaf area available for photosynthesis is small.  In addition … these young seedlings are likely going through transplant shock, having been replanted from a nursery where their lives were easier (see “Where do all the trees come from?”)

However, even though many of the tree seedlings aren’t looking great, many of them are surviving just fine.  It’s clear just by walking around the plots that some species are doing a lot better than others during this first, critical year.  Once the rains come, we’ll be able to say with more certainty which trees are actually dead and which will likely survive.  Actually, we spent a lot of time talking about how to define a “dead” tree.  You’d think it would be easy.  However, a tree seedling that looks like a goner and doesn’t have a single leaf during the dry season might produce new leaves once the rains come and pull through.  (Obviously I’ll need to go back, right?)

Another thing that is clear is that once the seedlings make it through their first year, they have the capacity of growing very quickly.  This is great news because it means that trees that are usually found only in mature, older forests have the potential of growing fast and reaching a size where they can produce fruits for birds and other wildlife.  This is the whole point of selecting native tree species to plant … to speed up the process of forest succession in order to regenerate critical habitat.

One of the prevailing ecological concepts of forest succession is that trees that are commonly found in younger forests tend to grow very quickly (and die young), and trees that are commonly found in older forests tend to grow slowly (and have longer lifespans).  In many cases, forest succession can be thought of as the time that it takes for the fast-growing trees to die so that the slow-growing trees can take their place.  Old-growth forests are often defined by the presence of shade-tolerant, slow-growing trees.  If you let a pasture “regrow naturally” then the fast-growing trees will likely get there first.  Then, you will have to wait for them to die in order for the slow-growing trees — the ones that provide essential wildlife habitat — to do well.  There is at least one documented instance in Monteverde in which a pasture was allowed to regrow naturally … and it’s still dominated by early-successional (fast-growing) trees more than 30 years later.

The fact that we’ve measured some trees that are commonly found in mature forests to be growing almost a meter (3 feet) in a single year means that the prospects of speeding up forest succession are quite good.  Actually, there are several trees that were planted just 10 years ago that are now over seven meters tall!  That’s well over 21 feet!  Some of these tall trees are now starting to produce fruit that provide an essential food source for birds.  And there’s a lot more trees on the way… 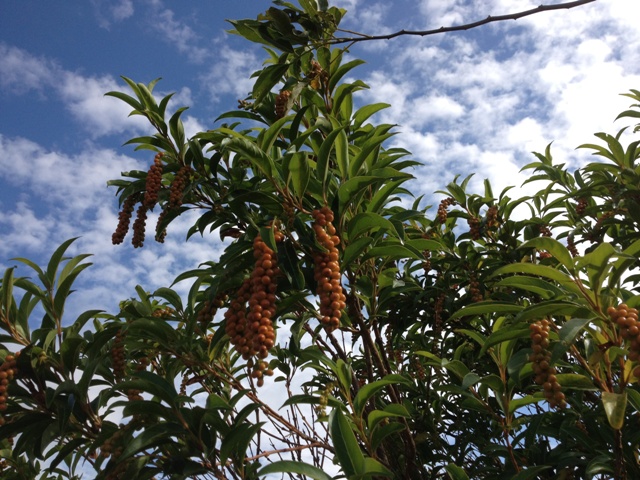 Into the Tag Cloud